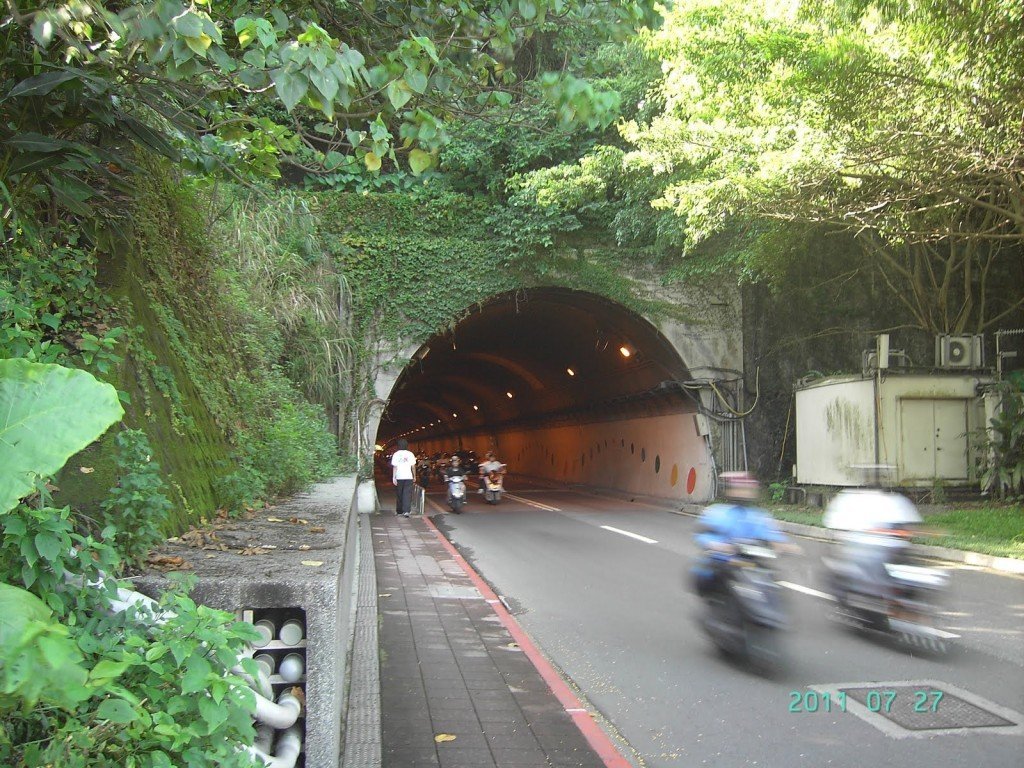 The Xinhai Tunnel passes through a hill which is also home to a large cemetery. It is this fact that many believe explains the strange activity that motorists have witnessed here. At times people have reported seeing a woman sweeping the road in the middle of the tunnel and no amount of honking will attract her attention and many people have had accidents trying to avoid her. Another strange phenomena sees drivers stuck in the tunnel trapped in the loop that keeps the end out of reach for a time before they are freed and finally able to exit.

“Long the stuff of folklore and the source of ghost stories among Taipei residents, the spooky environs of the Xinhai Tunnel topped a recent online poll of the “Top Ten Haunted Sites” in Taiwan.

A Yam.com official said that the tunnel’s western entrance is next to Taipei Municipal Second Funeral Parlor on Xinhai Road, a number of fatal accidents have occurred in or near the tunnel, and several large public and private cemeteries are located in the mountains behind the tunnel, all of which help give the area an eerie feeling.

There are also urban legends about motorists seeing ghostly figures when driving through the tunnel late at night.

Another road, the Taipei-Yilan Highway, or Provincial Highway No. 9, came in at No. 2 on the list.

The winding mountain road, which has many hairpin turns, runs from New Taipei City’s Sindian District to Yilan County.

It has been the scene of scores of fatal accidents over the years and victims’ families are known to toss ghost money along the route to assure a peaceful rest for the departed.

Coming in at No. 3 is the Chinese Culture University’s Daren Hall, which houses the arts and foreign languages departments.

There is a popular rumor about students that the building’s elevator is haunted because it sometimes takes people to “B1,” a non-existent floor.

However, one alumnus said the rumor is the result of a prank.

“Some students wanted to play a joke and put a ‘B1’ sign on the elevator’s button panel as a Halloween prank. They were just trying to have some fun by scaring people,” the graduate said.

Two “haunted houses” made the list, one in Singjhong Village in Chiayi County’s Mingsyong Township and one in Keelung.

Singjhong Village head Yao Feng-chung said there were tales about the Mingsyong house many years ago, but most locals just regard it as an ordinary old house.

Keelung residents who live close to the old house belonging to the Lin clan on the list also say there is nothing scary about the building, it just looks a bit old.

It is considered the most famous haunted site in central Taiwan and is a popular place for late-night visits by young people.

The dilapidated building in Greater Tainan that once housed the Singlin Hospital, its doors and windows now padlocked, made the list, as did the Xining Public Housing complex in Taipei.

One Xining resident, surnamed Yu, who has lived there since he was a child, said there was nothing scary about it.

“It takes about seven years to be able to get an apartment in a public housing project in Taipei. There are not enough places for humans to live around here, let alone ghosts,” he said.

Also on the list were a temple in Greater Kaohsiung and an apartment building near Baishawan in New Taipei City.

A Yam.com spokesperson said the poll was “just for fun.”

“We always have a healthy respect for the powers of the supernatural world. The sites chosen for the poll came from recommendations and reporting by bloggers, the media and netizens. The poll is not meant to denigrate any of these places,” the spokesperson said.