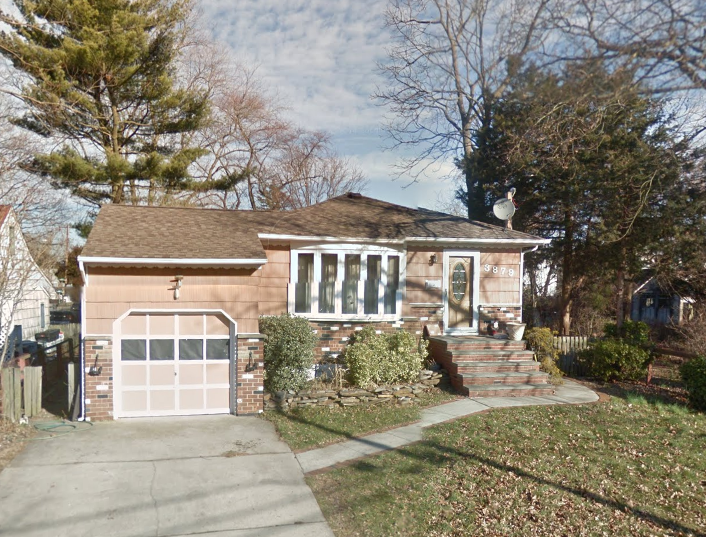 A short story about a house I lived in, in Seaford Harbor, NY.  The house was about 4 blocks from the house that the movie, Poltergeist was based on and roughly 4 miles from the Amityville house.  I guess you can say that particular area is a bit charged (although I don’t fully buy into the Amityville story).  My wife and I were ready to upgrade from our 2 br apartment and buy a house but couldn’t find anything so we decided to rent a house for the time being.  We found a cute place, made a deal and prepared to move in. I am not sure why but I decided to Google the address and what came up was that a young girl had apparently overdosed and died 2 years prior in the garage (this is a very affluent area and is surprising).  The story surrounding it was shady but I found a few crime scene photos. My morbid curiosity got me more excited about the house and we moved in without an event for months. During those first few months I recorded EVP sessions, set up time lapse cameras, etc but nothing.  One day I am in the kitchen cooking (I do all the cooking AKA Mr.Mom) and I hear a scraping or scratching on the wall in the Living Room (this wall is opposite of the garage) I chalk it up to house settling and don’t worry about it.  Then it seems to begin maybe once a week, and my wife is hearing it as well.  I run into the garage and nothing is amiss.  I notice against the wall in the garage I put a Ouija board on top of boxes and I don’t know where I acquired that Ouija board but I never mess with them so I left it.  A few weeks later the same situation, I’m cooking but this time I hear a big crash from the garage. I think maybe I stacked something up and it fell so I go in to check and I couldn’t find the source, very strange.  A week after the crash I go into the garage randomly to check on something and I notice right in the spot where the girl had died, right below where the Ouija board is was about a 7 inch diameter of ants just going back and forth in this little spot – in a near perfect circle.  It was as though someone spilled honey and they were feasting on it but there was no trail of ant to or from the area.  I sprayed them with some type of Raid spray (something to this day I regret) and that was the end of them.  The scratching continued, we had strange noises in the back yard and from the neighbors house (a story on it’s own since it was built in 1836 and has a family cemetery on the land, still owned by the same family). The house had a very strange feeling to it and I had tons of electrical issues until Hurricane Sandy hit.  A huge 120 year old tree fell and tore out our electrical service so we stayed with family for the 2 weeks it took to get the power back.  When I went back in the house it was like a new house.  The feeling of gloom was gone and it was as though the air was charged with freshness.  Hard to explain. Anyway, we bought a house and although the history is pretty extensive here (the house will be 90 in 2015) I haven’t had anything negative happen, although i began doing construction in my basement and am adding a sound room so we shall see.  If you want more info about the house let me know I would be happy to post everything I know about the place.

6 thoughts on “A Haunting on South Street – Seaford NY”