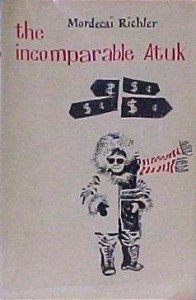 One thought on “Haunted Hollywood: The ‘Atuk’ Curse AKA John Belushi’s Final Film”