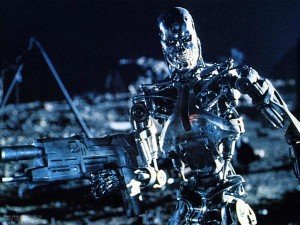 How do you stop the unstoppable killer Terminators if you’re not Sarah Connor? Google does it with a simple text file.

People have noted today that Google has a special “robot.txt” file that pokes fun at stopping the Terminators.

Robots.txt files are actually used to stop robots of the less threatening kind – it’s like Google that crawls the web looking for content. Use robots.txt, and you can stop them from gathering your content.

The new Google easter egg robots.txt was uploaded recently, maybe on the anniversary of the Robots.txt file? You can access the new file at google.com/killer-robots.txt.

T-1000 and T-800 are the different versions of Terminators for the movie series, The Terminator.

Here we are telling these two killer robots to not kill the Google founders, Larry Page and Sergey Brin.