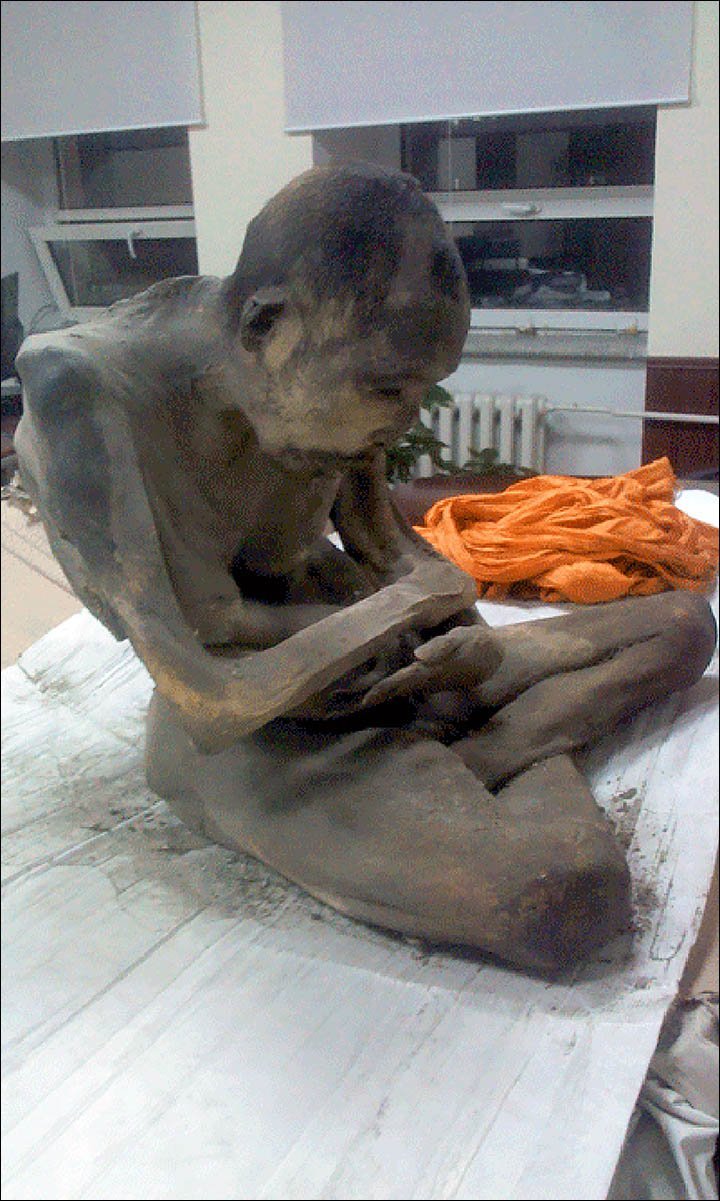 The mummy was delivered to Ulaanbataar National Centre of Forensic Expertise.

This extraordinary picture shows the mummified male body which is believed to be several centuries old. It was found  at 6.30 pm 27 January 2015 in Songinokhairkhan province, reported Mongolia’s ‘Morning Newspaper’.

‘The mummified body sits in a lotus position, as if still meditating.

‘Experts that only had time to carry basic visual test say they believe the body can be about 200 years old’.

The report added: ‘So far there is no information as to where the body was found. The only details we learned was that it was covered with a cattle skin’.

It was not clear if it was the skin of a cow, horse, or camel, said the report. The mummy was delivered to Ulaanbataar National Centre of Forensic Expertise’.

Initial speculation is that the mummy could be a teacher of famous Lama Dashi-Dorzho Itigilov.

Dashi-Dorzho Itigilov, born in 1852, was a Buryat Buddhist Lama of the Tibetan Buddhist tradition, best known for the lifelike state of his body.

His remains were reported not to be subject to macroscopic decay.

One thought on “200 Year Old mummy meditating in Mongolia”